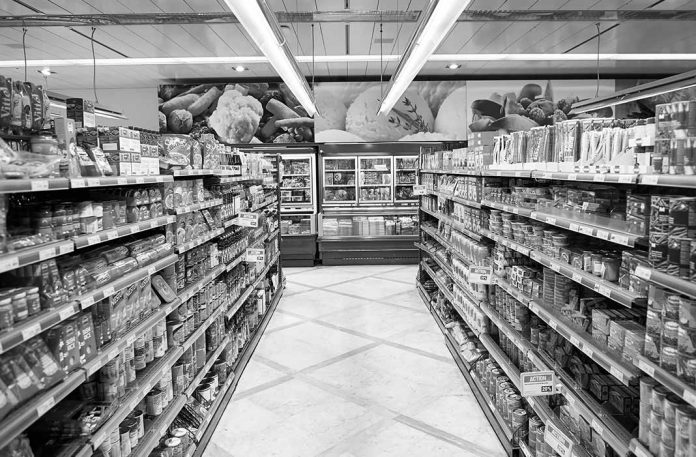 India is one of the second-largest food producers in the world. There is rapid growth in this industry, and it is expected to rise to twice the current situation. A lot of technology and new latest food processing techniques go into this to meet the growing demand of modern India. These serve a variety of food products, right from vegetarian to non-vegetarian, fast food, health care products, etc.

Let’s start with the top 15 food companies in India.

Nestle is one of the popular FMCG brands we have in our country. They are known for various foods like fast foods, confectioneries, ready-to-eat food products, etc. One of the famous brands Nestle has Maggie. This is a subsidiary of Nestle from Switzerland, founded in 1866. It has a total of 8 manufacturing plants and four branches in India in Delhi, Mumbai, Chennai, and Kolkata.

Parle Agro is an Indian brand owning products that rock the market. Brands like Frooti, Appy, Bailey, Coca – Cola. This company was initially owned by the Chauhan family and later got divided into three fragments, Parle Products, are Bisleri, and Parle Agro. With an annual turnover of U.S. $ 431 million, it’s one of the highest-grossing companies in India.

Britania is so far the leading brand in Biscuits production. This is why it is called The ‘King of Biscuits.’ Based in Kolkata, West Bengal, this was founded in  1892. This company is entirely into manufacturing almost all processed foods. A wide range of biscuits, cakes, and other eatables slay the market. They also cover the need for a fit and healthy lifestyle with products like Nutri Choice Biscuits, Digestive Biscuits, and even into bread.

Cadbury, a British company, specializes in confectionery. It has a huge market throughout the world, and so does India. Countries like Australia, Ireland, New Zealand, etc., have a massive demand for this brand. With 70 % of the market share, it has a wide range of confectionery products like Cadbury Dairy Milk, Silk, Bournville, perk, -Star, and many more.

Founded in the second year of Independence,1948 is an old renowned company in Gujrat. It is one of the prominent companies ruling the Indian market. It owns around 3.6 million milk manufacturers throughout and is the largest seller and manufacturer of dairy products. It has products like Amul Milk, Amul Gold Milk, Paneer, Icecreams, and many more.

Vadilal is India’s second-largest demanded brand in Ice creams. They also export a large share of instantly frozen vegetables, instant snacks, bread, etc. They have 150 extra flavors in ice cream and draw 4.5 billion per year. The export of instant foods to nations like the USA and western Europe has strengthened the ties with western countries providing good business and socio-economic relations.

It has a history back in 1924 wherein Bangalore; the company had established a restaurant. In past years this company has manufactured a wide range of ready-to-eat, instant gravies, and curries, mainly in the main course—a variety of pickles, frozen items, ice creams, and many more. Having partnered with Norwegian conglomerate Orkla, they have successfully achieved a firm hold over the Indian market.

Based in Nagpur, Maharashtra, it is one of the significant Indian snack and sweets manufacturing companies. Its products are exported almost everywhere in the world. Countries like the USA, Arab, and western countries import this from India. They have over 100 products in the sweet and snack category: frozen meals, ice-creams, sweets, and other snacks.

A trusted and prominent name in the rice industry. A go-to brand one turns to without a second thought. World’s largest rice millers and rice exporters across the globe. Countries like the USA, Middle – East, Europe, and Canada import this brand. Considering the Indian diet, rice being the staple food, it is undoubtedly a loved brand. If you’re confused while buying rice, without hesitation, go for KRBL, India’s most trusted rice brand.

Mother Dairy is an Indian brand with dairy products and other products like frozen fruits, jams, pickles, edible oils, fresh and frozen fruits, and many more. Headquarters situated in Uttar Pradesh is spread across 40 countries across the globe. It also has an oil brand names Dhara.’

Being a subsidiary of the British – Dutch Company Unilever, the Indian-based Hindustan Unilever manufactures a wide range of food and beverages. The food products include brands like Annapurna Salt, Brue Coffee, Lipton tea, Knorr Soup, and many more. It’s considered one of the largest food companies in India.

A Canadian multinational company is the largest manufacturer of frozen potatoes. Having a plant in Mehsana and Gujarat covers a significant market in India. Its products include potato snacks like finger fries, cheese fries, smiley, chili potato shots, and many more, developed for Indian taste buds.

Initially introduced to the British settlers in 1935, Vittal Mallya later took over India. The first brand that launched canned fruits and vegetables introduced many products, including Jams, Squashes, and Ketchup, with an annual gross summing up to 1000 crores in India.

One of the most famous processed food brands in India, which mainly focuses on branded tea, confectionery foods, processed foods, etc. Many health and food beverage brands like Sofit Hershey’sey’s.

A multinational American brand that manufactures and sells foods, beverages, and sn cks. With years of experience and consistency, this brand has a substantial hold over the Indian ma ket. It has products like Pepsi, Doritos, Lays, Quaker foods, and many more.

Top 10 most valuable companies in India

7 Reasons why you need Facility Management