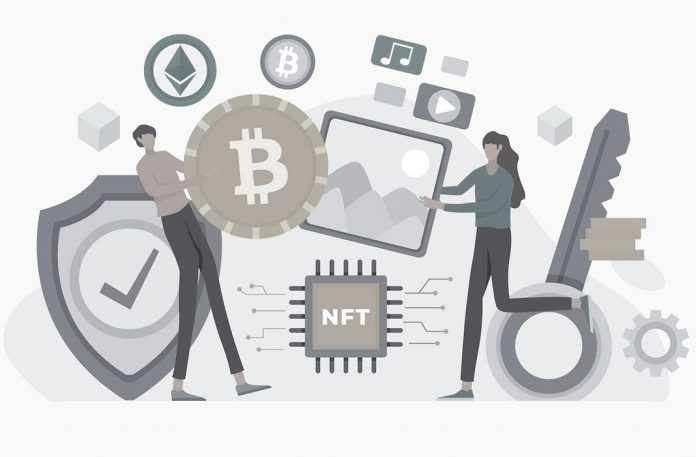 In today’s world, there is a very high probability that you must have heard about cryptocurrency. Let’s discuss what it is.

It is a digital currency that works as an actual currency to buy goods and services, but the difference is that it uses an online ledger for a secure online transaction.

Many companies have now issued their currencies, and in this world, these are known as tokens. The difference between a coin and a token is that cryptocurrencies have their blockchain, whereas tokens are built on existing blockchains.

You can trade cryptocurrency for goods and services, but to buy it, you need real currency at first. They require blockchain technology to work, which is a decentralized technology that records the transaction and is spread across many computers.

Blockchain technology is appreciated and widely used because of its security which was something not seen some time ago.

What is a Blockchain?

This terminology is used above, so for a clearer understanding, you should know that your crypto transactions are recorded in a block, and they are linked like a chain with your previous transactions that were related to cryptocurrency.

In simple words, you can say that it is a ledger of your digital currency where it keeps track of every transaction done by you.

Proof of Work Vs. Proof of Stake

Historically speaking, proof of Work was introduced to verify the cryptocurrency without the help of any third-party interference. It is a surety of transactions being valid and no one is trying to mess with it like spending the same fund twice.

If you dive into the technicality, you will find that Proof of Work is based on advanced maths, also known as cryptography. It is a complex solution, and the only way to solve it is by a very powerful computer, and the equation changes every time.

Once the equation is solved, it is verified by the member. And miners get rewarded for solving an equation. As it uses the computer to solve equations, power consumption is very high.

Proof of stake, on the other hand, offers an equal and fairer mining system that relies fairly less on electricity.

Proof of stake (PoS) tries to overcome the electricity problem by connecting mining power to the number of coins a miner owns. Instead of wasting energy solving PoW problems, a PoS miner is allowed to mining a percentage of transactions according to their ownership share.

A miner who owns 10% of the coins available, for example, can theoretically only mine 10% of the blocks. Due to its scalable transactions, many popular cryptocurrencies (including Ethereum) are shifting from proof of work to proof of stake.

Why are Cryptocurrencies so Popular

There was a time when people used to spend thousands of bitcoin (which is quite a popular form of cryptocurrency) just to get a McDonald’s sandwich.

Now they have become so valuable that people can buy Ferrari with 2-3 coins. One of the very reasons for its getting popularity is that its value is increasing with time faster than the conventional methods like real estate, gold, or stock.

How Many Types of Cryptocurrencies Are There?

There are more than 9000 different types of cryptocurrencies available. The combined value of all these types is around $2 trillion. However, the value of each currency differs as the rates fluctuate over time.

Some of the most famous cryptocurrencies are Bitcoin, Ethereum, Binance, Tether, Dogecoin, XRP, etc. These coins have gained huge success in terms of their value, and though there is a dip and rise trend, in all, people consider it a good investment option.

How does CryptoCurrency Work

Cryptocurrency is not your ordinary currency like the dollar, euro, or rupee that has any central authority. This currency is digital and encrypted, so there is an algorithm responsible for issuing this currency.

Cryptocurrency works in the same way as PayPal or a credit card, except that instead of currency, you exchange cryptocurrency for products and services.

The private key work in a similar fashion to a bank account. You can have several keys, and all monies can be managed from that private key. History OF Transactions is kept on a public ledger, which displays the totals without revealing the parties’ identities.

This increases transparency in cryptocurrency plus makes it safe to use. This cryptographic proof is issued in the shape of transactions that can be further verified by blockchain.

The most dangerous is losing your private key, which is required to access your cryptocurrency.

Additionally, there is no guarantee that a cryptocurrency project you invest in will become popular as bitcoin. Thousands of blockchain projects are competing for attention.

There is also a possibility shortly, Government may potentially take action against the entire crypto business, particularly if countries begin to see cryptocurrency as a danger.

A good investment like property investment is considered safe as you can be sure the value will increase.

If we talk about bitcoin and its counterparts, their value has stayed more or less stable; thus, it can be considered as a safe and good investment.

There were several discussions regarding this topic, and several regulations got involved worldwide as a huge number of people, companies, and groups got involved.

It has been used for money laundering in the past so different regions have created certain guidelines where the seller will have to comply.

In the years 2017 and 2018, exchange commissions did a crackdown on ICO. US agencies have also been involved with it.

Due to its rise and interest by business giants, the situation has improved drastically, and since June 2021, major developed countries have deemed it to be legal such as the USA, UK, and Japan.

Taxation is something where there is some ambiguity, and that is one of the reasons some developing countries are hesitant in its legality.

Tax companies consider coins such as bitcoin as a property instead of a currency for legal purposes.

Is Cryptocurrency a Better Investment in 2022

If you are a person who follows the smartest and richest entrepreneurs, you will get the idea that the era of cryptocurrency has just started. People are focusing more on this platform, and it is not slowing down anytime soon.

Some of the multinationals have started accepting their payments in the form of cryptocurrency, so you can be certain that others will also follow this trend.

Cryptocurrency investment is the new deal, and cryptocurrency markets have made their place stable, especially during this hard time of the pandemic. For beginners, they must know what the market trend is, where people are investing, and which coin is gaining popularity.

There are some free bitcoin mining websites where no investment is required that will be a source of attraction for beginners. Some of the famous ones are freemining.com, bitland.pro, miner-b.com, bimine.io, olion.cashetc.

Like every other business, there is a risk of loss here as well so it is not just big bucks every time, but sometimes you lose something or, worse, get it stolen.

Hackers are available on the internet who look for solid accounts, so you have to try all the safe approaches. Major countries have given it a legal status so you can be sure that it will get a better legal status and security in the upcoming time. So the right to invest in it is now.